Speaking on the occasion, Mr. Hussain Dawood said that the Dawood Hercules Group’s underlying philosophy is to work on a partnership basis and form long-term relationships. He also emphasised the Group’s commitment towards Islamic banking and praised Meezan Bank’s support for arranging the Facility.

Adding his words at the occasion, Mr. Amir Ali, Head of Investment Banking Meezan Bank said that DH Fertilizers Limited (then a part of Dawood Hercules Chemicals Limited) was the first company in Pakistan  to completely converted its long term bank borrowings to Islamic financing in 2007. The Company at that time had issued the largest ever private sector Sukuk in Pakisan, the issue size of which amounted to PKR 6.5 billion. He thanked the Company for its support at that time which had helped Islamic Banks boost the local Islamic Sukuks’ Market. 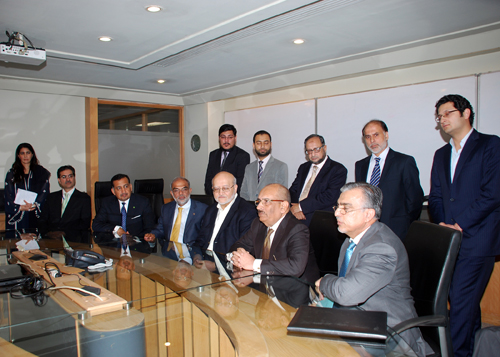