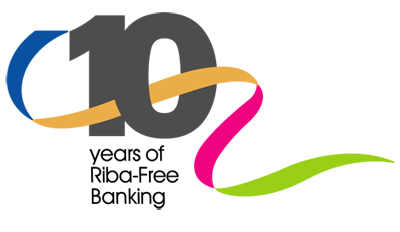 Meezan Bank has recently achieved the milestone of completing 10 years of Islamic Banking in Pakistan!

Over the past ten years, the Islamic banking industry in Pakistan has witnessed phenomenal growth through establishment of 5 dedicated Islamic Banks as well as several Islamic Banking windows of conventional banks. Now, with a branch network of 288 branches in 88 cities, Meezan Bank is Pakistan’s 9th largest Commercial Bank in terms of branch network with a very comprehensive portfolio of Islamic financial products and services for Consumer, Corporate and Investment Banking, thus catering to all categories of customers.

Chairman of Meezan Bank’s Shariah Supervisory Board – Justice (R) Hazrat Mufti Muhammad Taqi Usmani congratulated the management and team of Meezan Bank on this occasion. In his congratulatory message, Hazrat Mufti saheb said that Meezan Bank has done a commendable job, both in terms of developing a wide range of products as well as in extending its outreach to a large portion of the population through constantly expanding its branch network.

The 10th anniversary of Meezan Bank’s establishment was recently celebrated at PAF, Museum – Karachi and was attended by approximately 2,000 South Region-based employees of the Bank. Addressing the audience through telephone from Bahrain, the Bank’s Chairman, H. E. Sheikh Ebrahim Bin Khalifa Al-Khalifa, attributed the Bank’s 10 year’s growth and success to the blessings of Allah SWT and thanked the staff members for their efforts in the establishment and growth of Riba-free banking in Pakistan. Mr. Irfan Siddiqui, President & CEO outlined the broad growth strategy for the next five years and said that Islamic banking’s current share of 8% should grow to over 15% by 2016 Insha’Allah.

Meezan Bank has also been awarded as the best Islamic Bank in Pakistan by various local and international institutions over the past several years, including ‘Best Islamic Financial Institution in Pakistan’ by Global Finance magazine and ‘Best Islamic Bank in Pakistan’ by Islamic Finance News of RED money Group, Malaysia. The Bank has been rated at A-1+ (A-One Plus), the highest standard in short term rating and maintained AA- (Double A Minus) long-term entity rating with stable outlook by the JCR-VIS Credit Rating Company Limited, an affiliate of Japan Credit Rating Agency, Japan.